The Ourika tunnel is a major road infrastructure project, which is similar to the Mont Blanc tunnel (France) in many aspects:

The structure must allow to cross the Moroccan High Atlas, hence facilitating the connection between the economical and touristic cities of Marrakech and Ouarzazate, while avoiding the Tizi N’Tichka pass (2260 m) and 60 km mountain roads. The massif crossed by the project reaches an altitude of 3900 m.

The project’s feasibility study included 2 alternative solutions which needed to be chosen from.
The inaccessibility of the site led TERRASOL to organise a 5-day mission on foot in partial self-sufficiency, walking along the major part of the linear of both routes in order to:

TERRASOL defined a specific soil-testing campaign focused on the sites of crucial interest for the project, ensuring they were considered properly during the preliminary project phase. 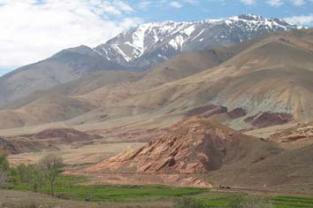 The breakwater of New Port of Tangiers is [...]