The Cliets Tunnel is situated on the RD 1212 secondary road between the municipalities of Ugine and Megève, in the Arly gorges.

The site is known as being the seat of frequent largescale rockslides associated with a generalised outcrop bending movement of the rock mass, consisting of sericitous and quartz micaschists with subvertical foliation.

Further to a major rockslide in February 2019, involving a volume of about 8,000 m3 and blocking both portals of the existing tunnel, the Savoie District Council (Contracting Authority) decided to build a new 240-m tunnel, further towards the interior of the massif, in order to move away from the outcrop bending zones.

The temporary support, consisting of radial bolting and sprayed concrete, and in the tunnel portal zones of HEB 180 steel arches, was validated by calculation approaches considering either discontinuous or continuous materials.

Specific verifications were carried out regarding the entrance portal, which is characterised by forepoling pre-support and arched profiles sections with enlargements on the Arly side: these elements were made necessary by the skewed attack and asymmetry of the loads.

The final lining is consisting of concrete poured in place behind the prefabricated walls for the sidewalls, and of sprayed concrete for the vault. 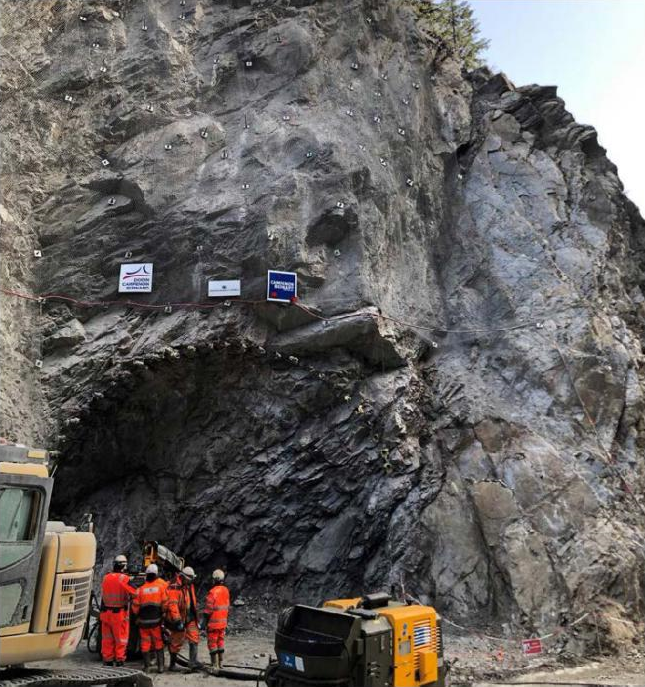