As part of the preliminary design studies for the DFG Résines building, located in the La Hague nuclear waste processing plant, an analysis of its robustness under earthquake loading is requested.

The DFG Résines building is a reinforced concrete structure of rectangular shape and dimensions 14m by 49 m. It is founded on a general raft resting on a soil substitution made of concrete down to the bedrock halfspace.

Terrasol’s mission: to evaluate the dynamic impedance functions necessary for the seismic calculations of the structure and to verify its stability under SND earthquake using a displacement approach.

The verification of the seismic stability of the building was performed using FONDSIS software, developed at Terrasol for the treatment of nonlinear dynamic soil-structure interaction (SSI) problems. A parametric study was carried out with, among other things, an increase of the loading amplitude and a decrease of the resistance properties, which allowed to give an unambiguous conclusion on the stability of the structure. 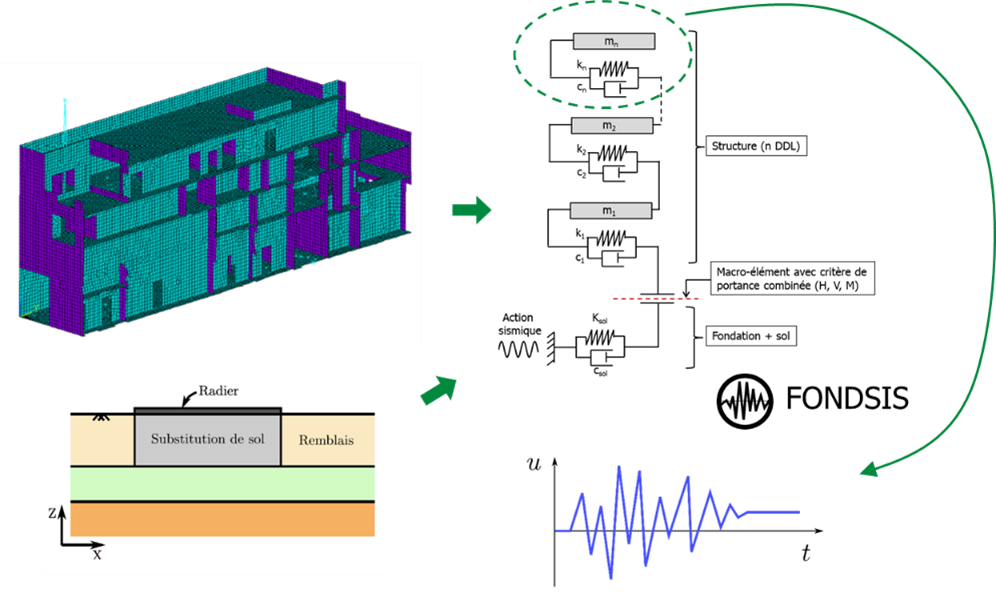