Since its creation in the sixties, the Part-Dieu district in Lyon has experienced perpetual change and is now the 2nd French tertiary centre. It has reached its limits in terms of operation and capacity to accept new businesses. The fundamental review initiated in 2010 by the Lyon Metropole has led to the definition of a global and ambitious urban project, the Lyon Part-Dieu project, which aims to reorganise the infrastructures of the railway station and the “Pôle d’Echanges Multimodal” (PEM) (Multimodal connection hub), especially at the Place Béraudier.

From a geological viewpoint, the plain of Lyon, where the project is located, is made up of about 20 metres of alluvium overlying tertiary formations present in the form of sandy and sandstone molasses.
TERRASOL was entrusted with various geotechnical design assignments for this project.

Our missions are broken down into two design objects:

Within the consortium led by DOMINIQUE PERRAULT ARCHITECTE, we were also contracted for the To-Lyon project (shown in yellow, project owner VINCI IMMOBILIER), consisting of an 8-storey hotel bordering the upper PPB area on the south side, and a high-rise office tower (170 m) overlooking the Avenue Pompidou and several shops. The project includes several diaphragm walls. The main geotechnical stakes are related to the tower foundations and the interface subjects related to the retaining structures.

Lastly, in the consortium led by AREP, we are working on the Béraudier arcade, which is part of the overall station redevelopment project, and which consists of metal framework superstructures resting on pile foundations. 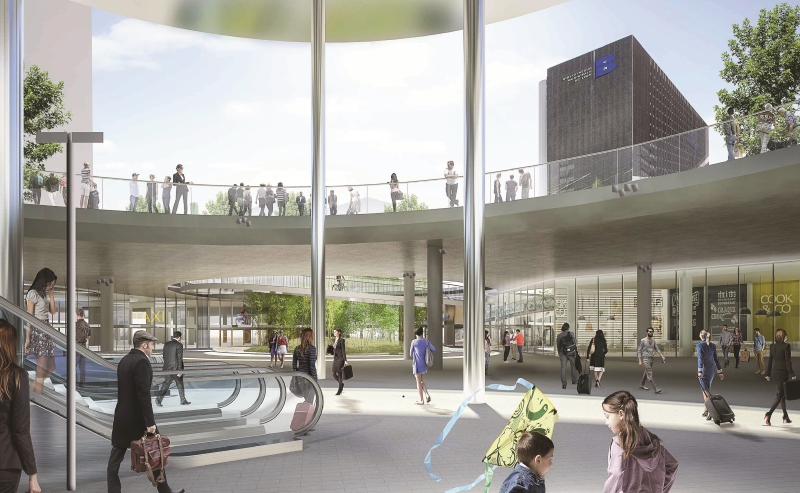 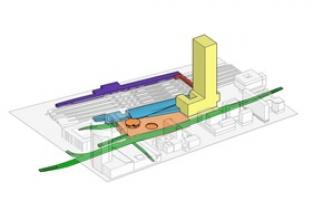