New rail-bridge over the canal in Saint-Denis – France

A new rail-bridge spanning the Saint-Denis canal has appeared on the scene in Paris 19th arrondissement.

It is a combined structure with skew arches approximately 80 m long, built in the context of the Technical Terminal for the extension project on the RER E line to the West (TTEO phase 2).

Terrasol has been working with SNCF Réseau since this elegant construction’s design phase (preliminary design, detailed design, tender and contracting phases), through to execution supervision, completed in the spring 2020 with the installation of the two arches by barge.

The Saint-Denis rail-bridge is a complex project owing to the requirements relative to the control of the new structure’s deformations with respect to the century-old bridge that it adjoins to widen the railway platform (track V2E straddling the two structures). In a dense urban context, the use of a “forest” of micropiles, half of which are at an angle of 45°, was found to be inescapable: each of the two piers rests on a reinforced concrete mass supported by about 70 type IV micropiles. The abutments are built on groups of bored piles with a diameter of 1,000 mm. The modelling of these foundation systems was performed using the most of the capabilities of the Groupie+ module of the Foxta software suite.

A large number of temporary props were used to deal with the kinematics of the works. It should also be noted that the site was the subject of a vast campaign of injections into the Lutetian and Bartonian geological formations, presenting strong karstic hazards linked to the dissolution of anteludian gypsum. 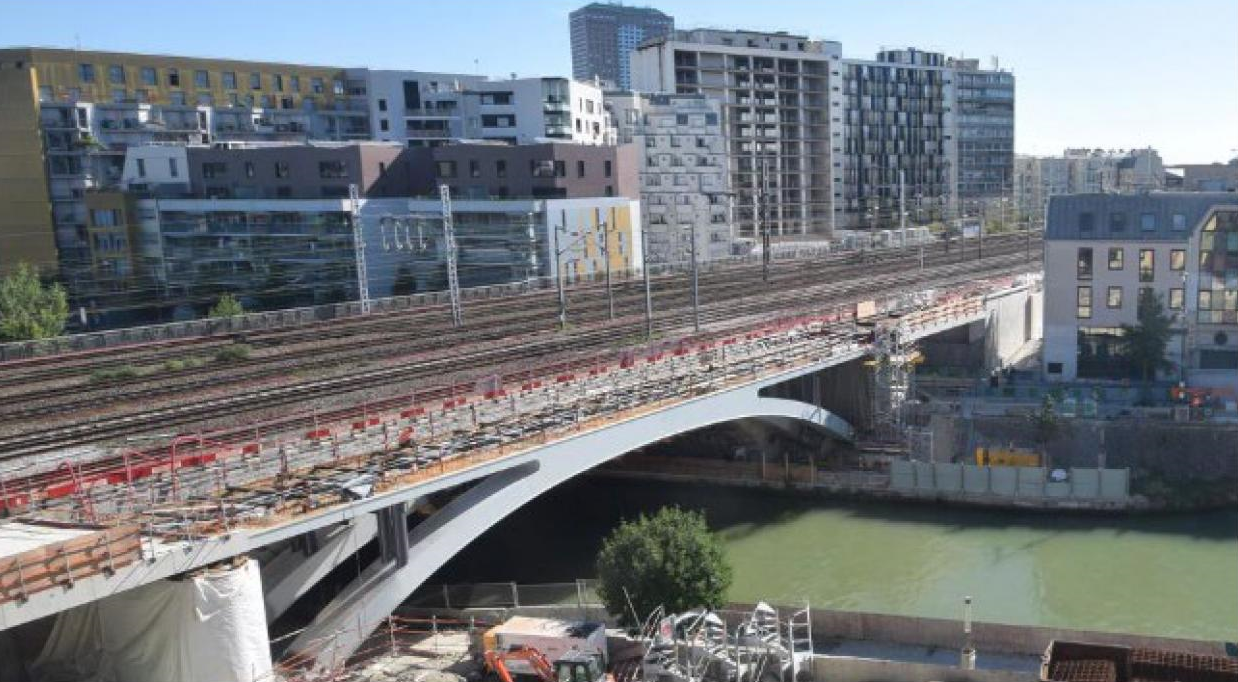