The Issy-Vanves-Clamart Fort station is a parallelepiped of 110m x 27m for 32 m depth. The diaphragm walls have a thickness of 1.20 m. The four SNCF tracks crossing diagonally the station are kept in operation throughout the duration of the works by auxiliary decks and then a cover slab installed in August 2017.

This station is the first station of the Grand Paris Express under construction. The works began in 2016 with the creation of access tracks and construction facilities. The preliminary grouting operations preceded the excavation of the diaphragm walls at the end of September 2016. The “box” is positioned partially under the tracks of the “Transilien”, line N: therefore the realization of the diaphragm walls took place in several phases. The parts outside the right-of-way of the tracks were realized at the end of 2016. The beginning of 2017 saw the impressive craning of the elements for the new footbridge to the platforms of the current station, the installation of 8 auxiliary decks supporting temporarily the tracks, and the earthworks (managed by SNCF).

In the first half of 2017, the HORIZON consortium (BOUYGUES / SOLETANCHE BACHY) carried out the execution of the remaining walls (100m) with a reduced clearance (6m), using adapted machines (grab and hydrofraise). The cover slab of the station was slid over these walls extensions during the weekend of August 15th 2017, when the traffic was temporarily interrupted for 100h, as scheduled during the design phase in 2014. The works now continue under the cover slab.

TERRASOL is part of the project management team provided by the SETEC TPI / INGEROP consortium, for the entire T3 section of the Grand Paris Express line 15, and provides all geotechnical services for the section between Pont de Sèvres and Villejuif Louis Aragon, which includes the Fort d’Issy-Vanves-Clamart station.

It is a complete project management assignment over several years. We have followed all the
geotechnical phases: 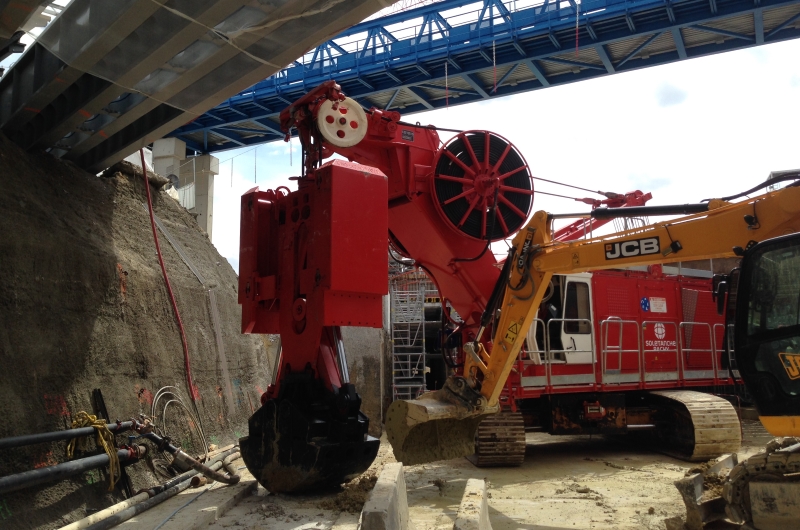 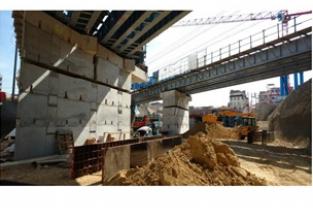