The “Digue de la Pallière” is a gravel dike situated on the right bank of the Lavours Dam (Ain department).

This dike’s key geothechnical characteristic is that it is built on a thick layer of peat stretching over a distance of several hundred metres.
Since the dam was filled in 1982, the dike has undergone important settlements, subsiding by as much as 1 metre in some places, and is showing several signs of hydraulic malfunction.

Between 2007 and 2011, Compagnie Nationale du Rhône (CNR) entrusted Terrasol with a series of geotechnical missions aiming to establish, using numerical back-analysis, a diagnosis of the dike’s mechanical and hydraulic condition in light of the results of a detailed monitoring programme including, notably, the follow-up of the settlements over more than 25 years.

This diagnosis made it possible to determine the dike’s long-term stability and establish a direct link between its hydraulic malfunction and the settlements observed. This subsidence has gradually led to a decompression of the core of the dike and consequently to a localised increase in permeability, which is impacting the flow regime in the body of the dike.

Recently, Terrasol has been called on again by CNR to analyse this dike’s response during the transient phases of waterlevel variation. The analysis is being conducted using numerical modelling of the transient response of the dike’s materials and of the surrounding existing ground. The results will be compared with those of the detailed monitoring of the movements observed at the time of the next lowering of the waterlevel. 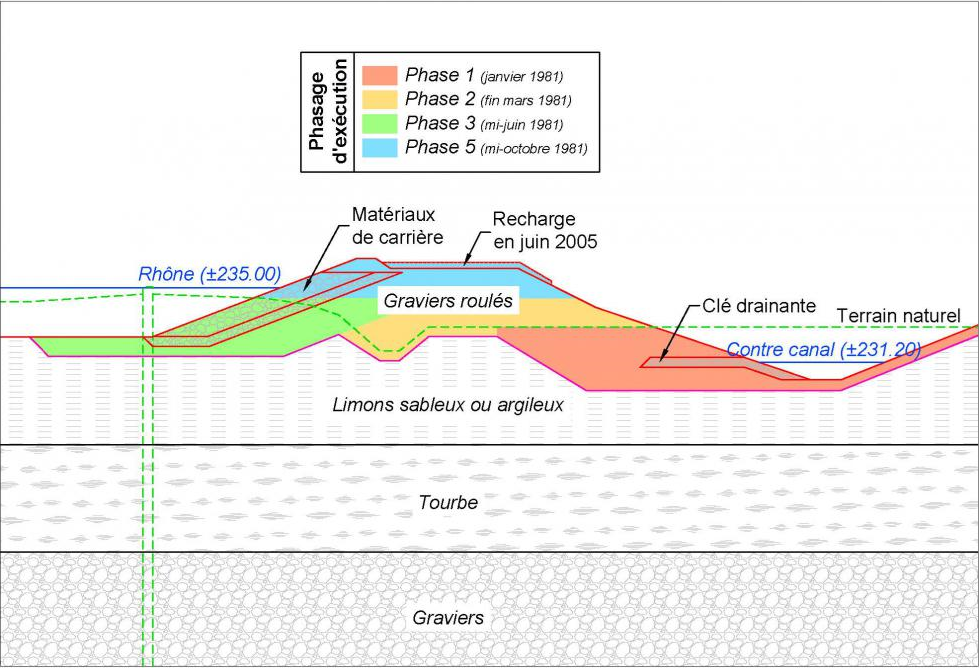