In the framework of our activities in Africa, and after completing the detailed design studies for the Mohammed VI Tower in Rabat (rising to a height of 250 m) in 2019, Terrasol carried out for Spie batignolles fondations and Besix the design studies of the foundation system for the tallest tower currently being built in Africa: “Tour F” in Abidjan (Ivory Coast), culminating at a height of more than 300 m.

This tower, whose footprint is similar to a pentagon circumscribed by a circle with a diameter of 40 m, has a foundation system comprising 70 barrettes whose tip is injected. The barrettes are 60 m long and have a section of 4.2 m2 (1.5 m x 2.8 m). A raft with a thickness of between 2.5 and 3.5 m ensures the transfer of loads from the tower to the foundations.

The site essentially includes sandy-clayey soils with a groundwater level at a depth of about 25 m. One-metre clay lenses may appear irregularly. These soils were mainly characterised using Ménard pressuremeter testing, and two Osterberg cell tests were carried out on bored piles with a diameter of 1.5 m whose tip is injected using the same method as for the barrettes. These monitored tests have made it possible to optimise some of the calculation parameters, notably the axial friction and the tip resistance, and also to validate the injection procedure implemented by Spie batignolles fondations for the foundation base. For a net limit pressure of 4 MPa in the sands, the value of the apparent tip factor is significantly higher than 2.0 and can even reach 3.0.

The effects of the soil-structure interaction play a fundamental role in the design of the foundation system, both under vertical loading (total and differential settlements, rotations, internal forces, and loads) and horizontal loading (rotation and horizontal displacement, 2nd order effects). It was thus necessary to make an estimate of the barrettes stiffness that is as accurate as possible, taking into account the group effects that are involved and tend to soften their apparent stiffness (notably in the central part).

Specific soil-structure interaction procedures were implemented associating three-dimensional finite element models with the Plaxis 3D software on the one hand, and hybrid models with the Tasplaq software developed by Terrasol on the other hand. These hybrid models – combining conventional numerical resolution methods, such as the finite elements method, with analytical approaches – enable considerable time savings during the calculation phase, and offer greater possibilities for proceeding with vast parametric studies.

The use of a hybrid method thus made it possible to greatly speed up the necessary soil-structure interaction procedures and to facilitate the dialogue between the geotechnical and structural engineers. A complete 3D calculation was also carried out to confirm the results obtained. The confrontation of the numerical and hybrid models – with variations in the results of less than 5% – allowed to fully validate the reliability and robustness of the proposed design.
The soil-structure interaction studies conducted on “Tour F” project have lead to the development of ever-more efficient methods for detailed design, enabling to quickly launch the construction works. The hybrid methods that Terrasol has been promoting for a number of years represent relevant and efficient alternatives to the numerical methods which still remain time-consuming regarding the preparation of the models and the calculations. 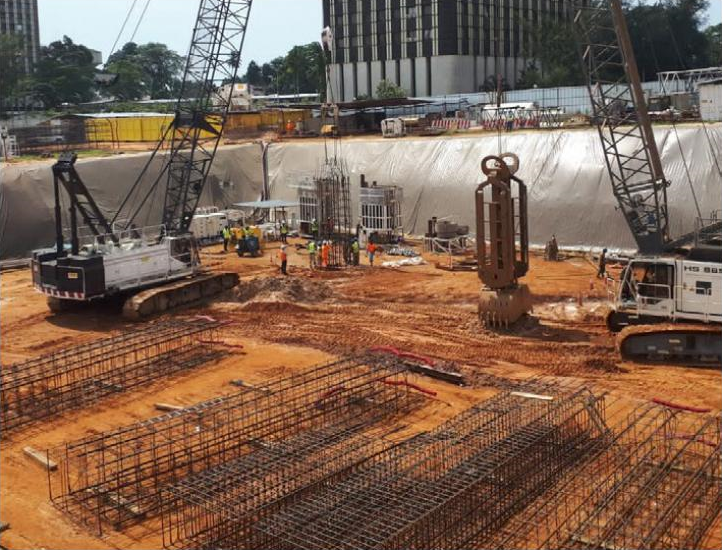 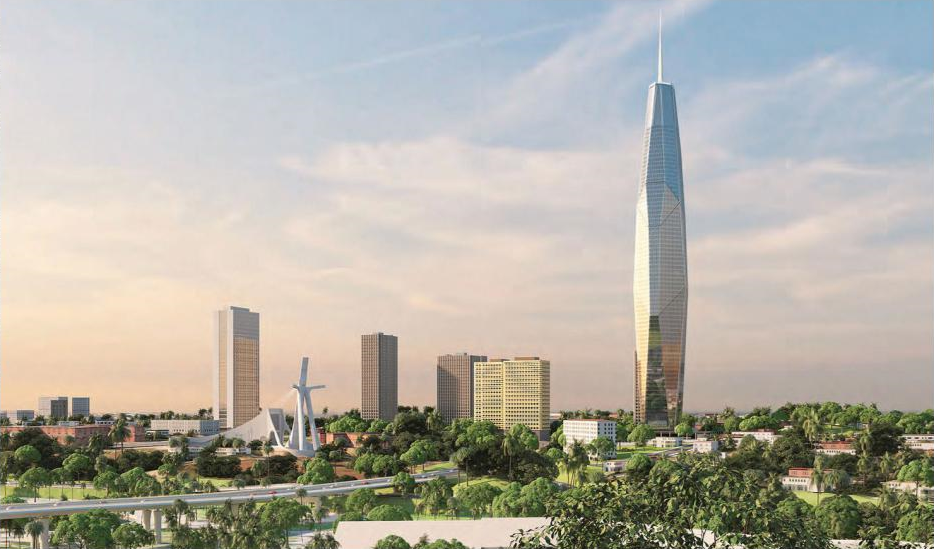 The thermal power plant operated by the [...]

The construction of Abidjan’s third bridge is [...]